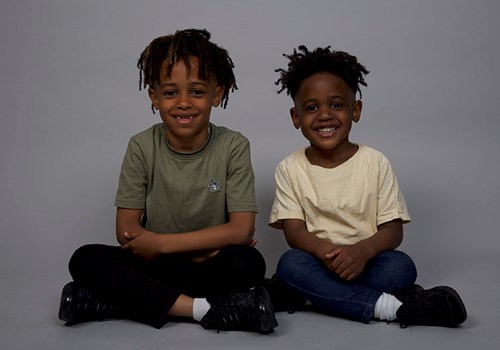 An adoption campaign to find parents for children in Lancashire and Blackpool who face the greatest delays in finding a permanent home has launched today (Wednesday 29 June).

The national campaign, called A Life Less Ordinary, is being run by You Can Adopt.

A Life Less Ordinary aims to find the right adopters for specific groups of children that face the greatest delays in finding a home.

These include children aged five or over, children with additional and/or complex needs, brother and sister groups, and those from an ethnic minority background.

A Life Less Ordinary showcases the many benefits of adopting these children, highlights the support available to adopters and adopted children and offers advice about adopting children from ethnic minority backgrounds.

“While some groups of children may be seen as ‘harder to place’, they are not harder to love. That’s why we’re shining a light on those children who typically wait longest to be adopted – such as brother and sister groups, older children, children of colour and children with additional needs.

"We urgently need to bust the myths and misconceptions that may exist around adopting these children and find parents who can give them a loving, stable, permanent home.

"Most potential adopters already have the skills and attributes they need to change the course of these children’s lives. While it might not always be easy, support is available, and adoption is so rewarding.”

A new survey has revealed that, while 30% of people in the North West would consider adopting, the majority (87%) would prefer to adopt a single child aged 1 to 4.

Victoria Gent, Chair of adoption Lancashire and Blackpool, said: "It's absolutely vital we find loving homes for children who have been waiting to be adopted for longer.

"We want to change perceptions by showing people the benefits of adopting children over 5, those living with a disability, children from an ethnic minority background and brother and sister groups.

"There are enough prospective parents and by coming forward and adopting from these groups, they could make a huge difference to a child's life.

"We know adoption can be daunting, but if you’re interested in adopting a child from one of these harder-to-place groups, call our friendly team for advice and support."

"Miles is a lovely boy who has loads of energy. He's in mainstream school and has recently been given his Education Health and Care Plan. He now has one-to-one support in school to help him.

"When my social worker told me about Bobby and I read his report, I didn't think I could look after a poorly baby with all of his needs. However, I spoke to his social worker and I'm glad I took the decision to adopt him.

"Bobby is now walking, he is a climber, goes up and down stairs and plays on climbing frames. His favourite is the slide.

"He can say loads of words including mama, Miles and his carers name. He understands around 90% of what you say to him.

"Both my boys love each other and I don't regret taking them on, in fact I'm glad the social workers "pushed" my boundaries because both are not hard to look after and are a pleasure."

Find out more information about A Life Less Ordinary, and view a short film.